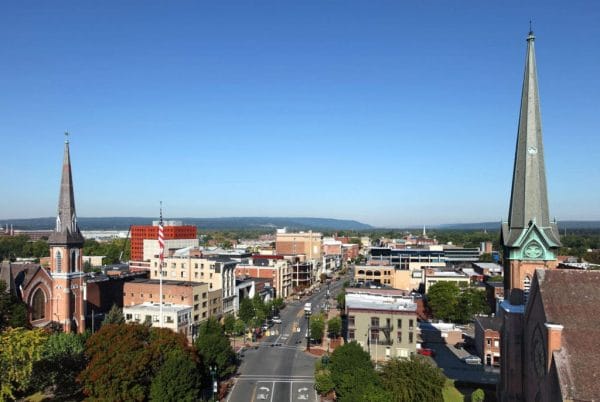 Members of the local panel guiding how to spend $10 million in state economic development funds are now voting on which projects will make the cut.

Ballots will be sent to panelists on Friday and must be returned by Sept. 3.

The package bundles together 18 projects seeking a collective $13.5 million in state funds.

Two developers are seeking nearly half of that, or $5.75 million.

Highbridge Prime Development wants $3 million to raze two of their buildings between Electric City Apartments and the Mill Artisan District on lower State Street and build a five-story mixed-use building with 17 apartments and nearly 300 parking spaces, an $8.2 million effort.

On the other side of downtown, Redburn Development Partners is asking for $2.75 million for a sprawling project to redevelop three underused blocks of Clinton Street.

The $38.7 million effort includes redevelopment of the former OTB building, the construction of a 49-unit apartment building on the footprint of the former Citizens Bank site at 501 State St. and renovation of the Bank of America building across the street.

The latter has not been publicly discussed at any of the four previous Schenectady DRI meetings or three public sessions (but was alluded to by Redburn at a city Board of Zoning Appeals meeting on Aug. 5 when they sought a parking variance for the 501 State St. project).

Acquisition of the site at the corner of Clinton and State streets would further cement Redburn’s presence on the 500 block of State Street, joining its Fitzgerald and Foster buildings, as well as the site of the former Citizen Bank building, which was torn down earlier this summer.

DRI funding is designed to spur additional economic development, and government officials previously said the state award could leverage $128 million in outside investment.

Numerous public infrastructure projects are also on the ballot, which totals $59.9 million in collective spending.