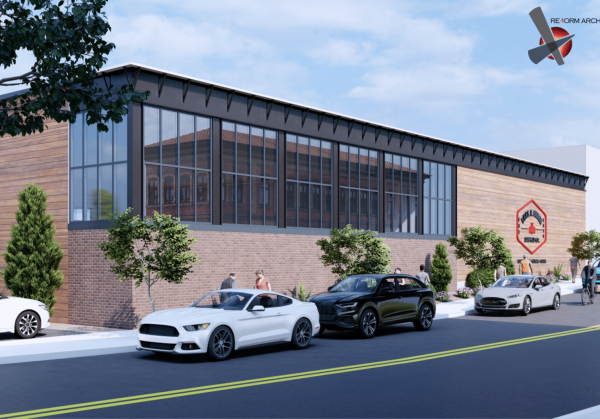 Schenectady, N.Y. – The Schenectady County Metroplex Development Authority today announced that the Chas. G. Burch Supply Company located at 773 Albany Street will expand. The company’s expansion project received approval from both the City Planning Commission and the Metroplex Board of Directors last evening.

The expansion will add 4,200 square feet of space in an adjacent lot that was cleaned up by  Metroplex.  The $460,000 investment helps the 131-year old company grow its kitchen, bath and plumbing supply business.  The building expansion development is the latest in a series of new investments in Hamilton Hill in recent years along the Albany Street and Craig Street corridors.

“Our economic development team cleaned up this site on Albany Street with the hope that we could help bring new investment to this corridor. Chas. G. Burch has a great history in Schenectady and we are pleased to see this expansion move forward,” said Ray Gillen, Metroplex Chair.

“As a fifth-generation business and one of the oldest in Schenectady, Chas G. Burch Supply has made incredible contributions to our community,” said Mayor Gary McCarthy. “This expansion is another great example of neighborhood progress and revitalization that is designed to build upon the momentum in the Hamilton Hill neighborhood. I thank our unified economic development team led by Metroplex for their partnership and thank Chas G. Burch for their service to the community.”

Charles G. Craft, Owner said, “I really appreciate Metroplex’s support to continue our family’s legacy in the City of Schenectady by expanding our kitchen and bath showroom.”

The expansion will create a much improved appearance for the business with a new façade facing Albany Street.

In 2019, Metroplex partnered with The Community Builders to tackle blight in this section of Albany Street.  The team hired Schenectady-based Jackson Demolition to demolish 759 and 763 Albany Street and removed a tractor trailer and a garage building at 749 Albany Street that illegally stored hundreds of used tires.

Mr. Craft is the fifth generation of his family to be involved with this 131-year old company.  The company was founded in 1890 and Mr. Charles Burch started as an apprentice plumber in 1906 before taking over the company.  He ran the draft board in Schenectady County during World War II. His daughter Jeanette was one of the first licensed women plumbers in New York State.  The current owner, Charles G. Craft, is a Navy Veteran who returned to Schenectady to take over the family business. He is the fifth generation of the family to own and operate the company.

Metroplex will support the investment with a $95,000 façade grant.

In recent years, over $95 million in new investment has been made in Hamilton Hill to construct new or renovate housing on Albany, Craig and Stanley Streets and renovate two long vacant schools on Craig Street as new housing and as the home of the Electric City Barn.  A new Schenectady County Library branch was also built on State Street.  A number of blighted buildings have been demolished and a brownfield site at the corner of Albany and Craig Streets has been cleaned up.  The City of Schenectady recently received $2.7 million in federal funding from Congressman Paul Tonko to improve Craig Street.