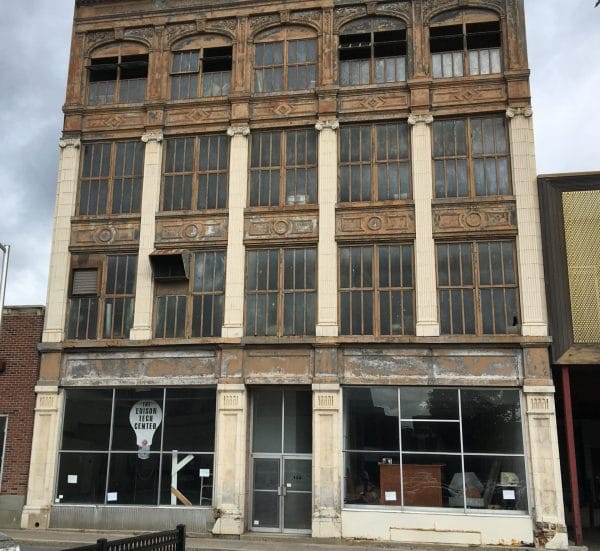 SCHENECTADY — Two more time-worn pieces of the downtown Schenectady landscape are in line for facelifts and new purpose.

Both buildings had been owned by Edison Tech, which has relocated its collection of artifacts to The Daily Gazette building on Maxon Road Extension. The Bike Rescue is still looking for a new home.

Ownership of the two Broadway buildings reverted to the city in late July, and the Schenectady County Metroplex Development Authority is leading the effort to redevelop them on the city’s behalf.

Metroplex Chairman Ray Gillen said the buildings’ rundown facades are a detriment to the downtown streetscape. The immediate area around them has benefited from tens of millions of dollars worth of improvements over the past 10 to 15 years, while no apparent work was done on the Edison Tech properties.

The distinctive — and locally uncommon — pressed zinc facade of 132 Broadway was a particular concern, as it continued to deteriorate.