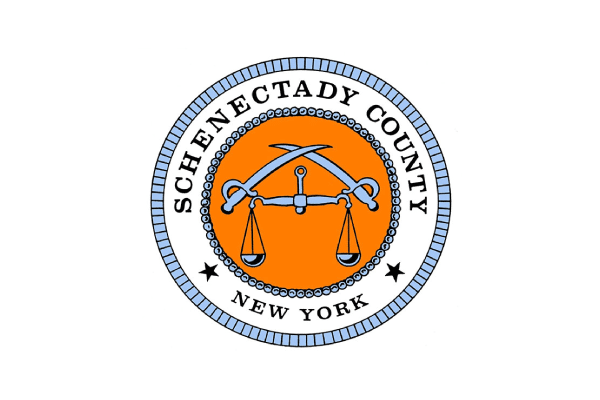 “Our County economic development team is attracting new investment, jobs and tax base at the Airport Business Park on property that has never paid taxes before,” said Anthony Jasenski, Chairman of the Schenectady County Legislature.

Highbridge built a new hangar at the Airport for Richmor Aviation in 2015.  Based on the success of that project, the company now wants to move forward with a new $10 million investment in a modern office and technology building.  The new building will be constructed on Airport Road where a small outdated masonry hangar is now located.  The hangar will be demolished by the developer.  Mohawk Honda currently stores cars next to the hangar under a sublease with Richmor Aviation.  The County plans to lease land next to the County Ice Skating facility to Mohawk Honda for this parking facility.

Highbridge Development is based in Schenectady and was founded in 1999. The company has extensive experience with construction projects including a number of projects in Schenectady County such as the Time Warner Building in Rotterdam, Mansion Square in Niskayuna, the Electric City Apartments and a number of new and renovated buildings on Broadway in downtown Schenectady, SEFCU Square also in downtown and the successful redevelopment of the former Grand Union on Hamburg Street in Rotterdam.   The company is currently building a new office building at 388 Broadway in downtown Schenectady.

John Roth, Highbridge CEO said, “We are excited to be working closely with Schenectady County, Metroplex and the Town of Glenville to build a new tech building at the Airport Business Park.”

Schenectady County used funding from the Governor’s Regional Economic Development Program to extend internal roadways in the Airport Business Park, opening up sites for development. The new road connection provides access to the airport from two signalized intersections on Route 50.  The County is currently in the process of closing Airport Road as this access point is no longer needed. Schenectady County Metroplex Development Authority also supported development of the Business Park by providing funding for water line extensions and improvements.

The County is currently updating its appraisal for the 6.7 acre site.  The developer will pay full appraised value for the site. Based on recent property sales at the Airport Business Park, the County expects to net almost $700,000 from the property sale which will be used to help fund airport operations.  The new building will also generate property tax revenue for the first time for the County, Town of Glenville and Scotia-Glenville School District on land that has not paid taxes since the airport opened in 1927.

The 750 acre Schenectady County Airport is also home to the 109th Airlift Group of the NYS Air National Guard.

In April, the County Legislature will consider several measures related to the Airport Business Park including a call for a public hearing on the land sale.