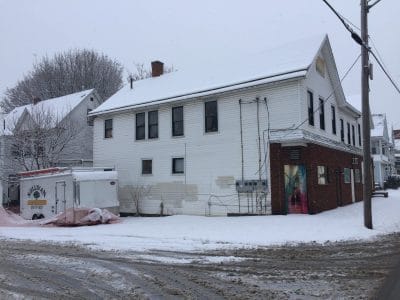 The Schenectady County Metroplex Development Authority today announced approval of several projects that will continue the revitalization of the Eastern Avenue neighborhood in the City of Schenectady.

Metroplex approved a grant of $40,000 to Mohawk Realty Partners toward the cost of renovating 739 and 764 ½ Eastern Avenue.  Both buildings were vacant and in poor condition prior to the start of rehab work. Funding for the project is from a Restore New York grant awarded to the City of Schenectady last year.  The grant is administered by Metroplex.  Ms. Bonnie Novella is the Managing Principal of Mohawk Realty Partners.  Her company has already renovated 854 Eastern Avenue and work is underway at 762 and 764 Eastern Avenue.

The Capital Region Land Bank is abating asbestos at 839 Eastern Avenue at a cost of $25,000.  The Land Bank purchased this property at a tax foreclosure in 2017.  When asbestos remediation work is completed, the building will be marketed by the Land Bank to potential developers as a renovation project.  The asbestos abatement also allows the structure to be demolished if a developer wants to construct a new building at the site.

Richard Ruzzo, Chairman of the Land Bank and a member of the Schenectady County Legislature said, “The Land Bank is proud to continue these efforts to renovate properties on Eastern Avenue.  This is core to our mission as we work to improve neighborhoods and build a stronger community.”

The Land Bank uses funding from Attorney General Eric Schneiderman to help support its redevelopment work in Schenectady County and the City of Amsterdam.

Ray Gillen, Metroplex Chair said, “We are pleased to deploy grant funding from the Restore New York Program to add to the revitalization of Eastern Avenue.  We thank Governor Cuomo and Empire State Development for this funding which supports our work to improve this neighborhood.”

Metroplex is working with the Capital Region Land Bank and the City of Schenectady on a number of projects on Eastern Avenue including: