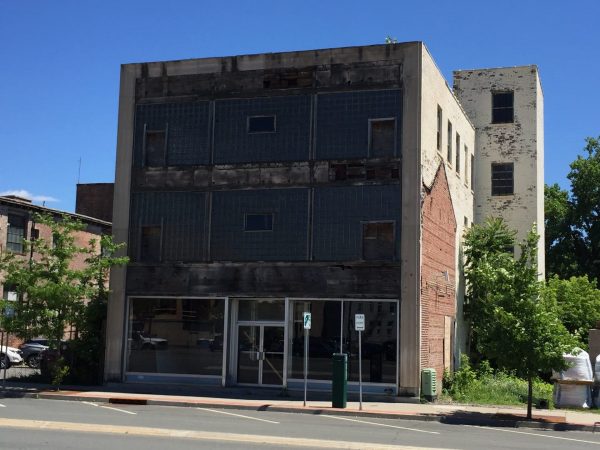 SCHENECTADY — Construction preparation is underway or wrapping up at three unrelated sites along Erie Boulevard:

This last site is the only one of the three with publicly disclosed plans. Massachusetts-based Global Partners last year proposed and received approval to construct one of their Alltown markets, the first in New York state.

The site is owned by Legere Properties, which will lease it to Global. Legere in June knocked down a small frame structure at 1424 Erie to open up the grounds and made an unwelcome discovery: There were buried fuel tanks beside the building, which had been a service station in a previous incarnation.