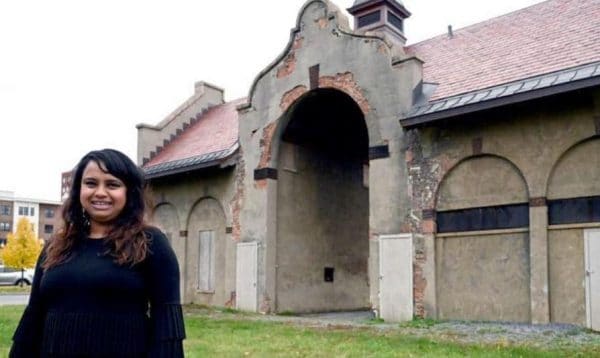 SCHENECTADY, N.Y. — A minor landmark and distinctive remnant of old-time Schenectady is on deck for a new owner and new use.

The old weigh station at Van Guysling Avenue and Clinton Street is earmarked to become a Moroccan-style spa at the hands of the entrepreneur who runs Tara Kitchen restaurant on Liberty Street.

Aneesa Waheed said she will close on the purchase when necessary state paperwork is completed.

She’s simultaneously planning to open a third location of Tara Kitchen in Guilderland, and has increased production of the restaurant’s bottled sauces.

But it’s the hammam — a traditional spa in the Islamic world, descended from the bath houses of the old Ottoman Empire — that has most grabbed her imagination lately, both because of the building it will occupy and because of the long delay in getting the project rolling.

“It’s so exciting to be able to repurpose it in such a unique and modern way,” Waheed said of the weigh station. “We’re not going to alter anything on the outside.”