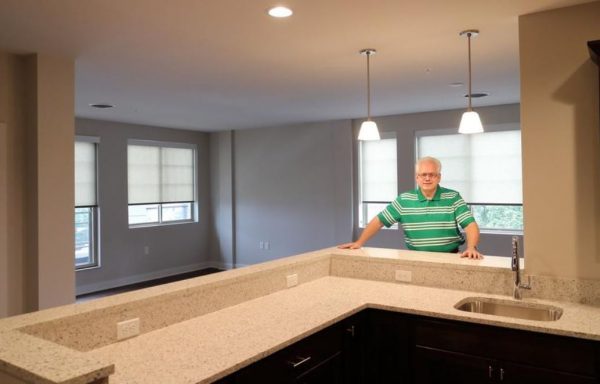 SCHENECTADY, N.Y. — The conversion is complete: 27 new apartments fill the space once occupied by the Annie Schaffer Senior Center.

The onetime office building and later activity center at 101 Nott Terrace is now a residential building called The Nott. Six apartments are leased and three more leases are pending.

The first tenant moved in last month; as of midweek, four units were occupied and a fifth was scheduled to get its first resident this past Friday.

There was extensive asbestos contamination, but that was known before the planning even began. The long vacancy had caused deterioration but nothing major or critical. Windows were smashed but no one had broken in to vandalize the place or steal copper. A mirrored disco ball still hung from the ceiling of the great room on the second floor.

One big asset of the site was its heavy concrete and steel construction, with 12-inch thick exterior walls.