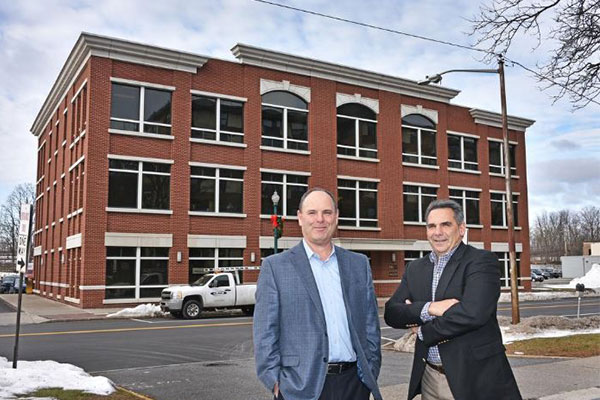 The 41,500-square-foot building at 388 Broadway adds to Highbridge Development’s growing real estate portfolio along the Broadway corridor, a main connector between downtown and Interstate 890.

Over the past two decades the company has invested more than $35 million in property there, said John Roth, CEO.

Today, Highbridge Development owns 10 buildings on Broadway and surrounding streets, seven of which were new construction. The company built three others that were later sold, including Marcella’s Appliance Center and ABC Supply Co.

Up next: Highbridge has approval for a 50,000-square-foot office building on a vacant lot at 354 Broadway but won’t move forward until tenants are committed.

“I have my eye on a couple of other things that could change [Broadway] even further,” said Roth, who owns the development company with Carlo Cioffi, a minority partner. “The nice part is with what the Metroplex and some other developers did up the road, Broadway has changed dramatically.”