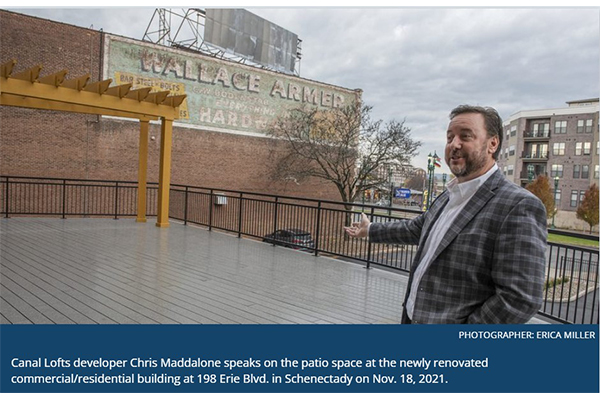 SCHENECTADY, N.Y. — A sturdy old downtown building repurposed several times in its first century will mark its 99th birthday with its most ambitious reiteration yet: as apartments.

The circa-1923 building at 192 Erie Blvd. got its certificate of occupancy as Canal Lofts on Nov. 12 and got its first-ever residential tenant soon after.

A week later, four of the 32 apartments were occupied and a lease was signed for the fifth, developer Christopher Maddalone said Thursday.